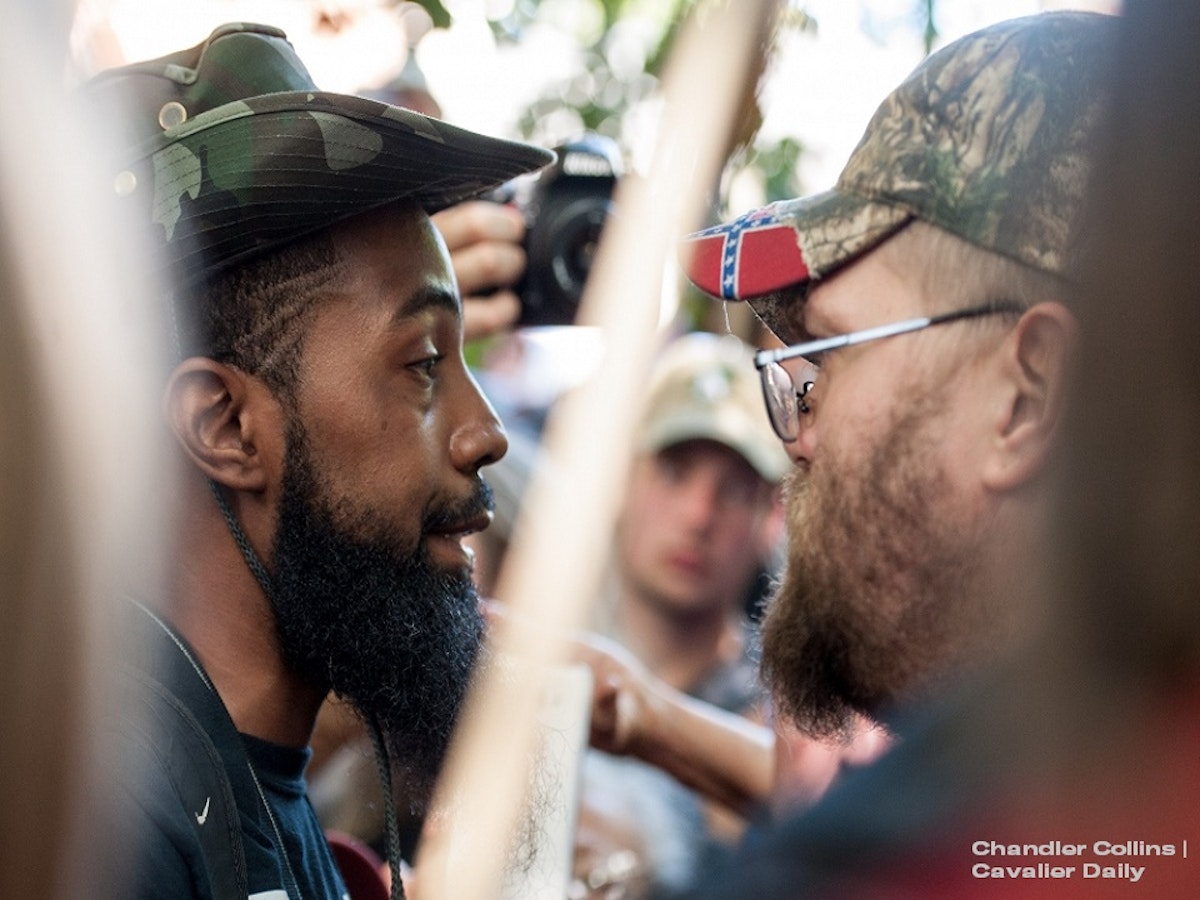 Sines v. Kessler is a federal lawsuit against the individuals and organizations who conspired to commit violence at the "Unite the Right" rally in Charlottesville, Virginia in August 2017. Plaintiffs are ten Virginia residents who suffered severe physical and emotional injuries resulting from Defendants' planned and executed violence, harassment, and intimidation.

On October 12, 2017, Plaintiffs filed a Complaint in the U.S. District Court for the Western District of Virginia alleging that Defendants "conspired to plan, promote, and carry out the violent events in Charlottesville." According to the Complaint, Defendants conspired to commit assault, battery, and other acts of violence and intimidation in violation of the Civil Rights Act of 1866, the KKK Act of 1871, and numerous Virginia laws. Plaintiffs are alleging seven causes of action and have requested compensatory and punitive damages as well as injunctive relief.

On January 5, 2018, Plaintiffs filed an Amended Complaint supplementing their allegations and adding two Plaintiffs who were injured during the rally.

On January 3, 2018, Plaintiffs won their first motion against the Loyal White Knights (LWK) of the KKK. The District Court ruled that LWK's response to the lawsuit—written by the group's "Imperial Kommander"—was improper. The Court ordered LWK to retain a licensed attorney and file a "proper responsive pleading." On February 15, the LWK’s "Imperial Kommander" filed another letter with the Court. On March 15, the Court again ruled that the response was improper, writing that the letter "indicat[es] that Defendant LWK would neither comply with the Court’s Order [of January 3] nor properly file a responsive pleading within the time allowed." Accordingly, the Court struck the second improper response and directed the clerk to enter default against LWK. The default was entered the following day.

On February 13, 2018, the Court ruled that one Plaintiff could proceed under the pseudonym "John Doe," recognizing that "the potential for retaliatory harm or harassment against named parties in this case is particularly pressing."

On February 28, 2018, the Court rejected an anonymous alt-Right member’s attempt to interfere in the case, writing, "Movant seeks leave to litigate under a pseudonym in order to protect 'its First Amendment privilege to engage in anonymous speech and political association.' ... Allowing even a third-party to proceed in that fashion would create numerous practical problems and undermine the Court's inherent authority over litigants who appear before it."

On March 14, 2018, Plaintiffs filed an emergency motion with the Court after Defendants Matt Parrott and the Traditionalist Worker Party (TWP) made statements suggesting that they were destroying relevant evidence. Plaintiffs requested that the Court order Parrott and TWP to permit a forensic examination of their computers. The motion is currently pending before the Court.

On March 14, 2018, Plaintiffs obtained entries of default against five Defendants: neo-Nazi Andrew Anglin, Moonbase Holdings LLC, Augustus Sol Invictus, East Coast Knights of the KKK, and Fraternal Order of the Alt-Knights. Each of these Defendants failed to appear in the action.

On March 26, 2018, the Court denied attempts by Defendants Michael Enoch Peinovich and James Alex Fields to delay discovery and ordered Defendants to respond to discovery requests.

Motions to Dismiss the Case

On February 20, 2018, Plaintiffs opposed the Defendants' motions to dismiss, stating, "Defendants and their followers subjected people of color, Jewish people, and supporters of racial and religious equality to a premeditated, two-day campaign of violence and intimidation. Motivated by racial animus and armed with deadly weapons, Defendants filled the City of Charlottesville...with echoes of slavery and the Holocaust. Their acts of domestic terrorism inflicted traumatic injuries on many innocent people, including the men and women who filed this case." Plaintiffs continued, "Defendants formed, oversaw, and executed a common plan to arm themselves, travel to Charlottesville, and attack minorities."

On May 24, 2018, the Federal District Court in Charlottesville heard oral argument on Defendants' motions to dismiss the case. In a statement, Roberta Kaplan said, "Today was another important step toward obtaining justice for our ten brave clients." A transcript of the argument is available here.

On July 9, 2018, in a "huge victory" for the victims in Charlottesville, U.S. District Court Judge Norman K. Moon ruled that Plaintiffs' claims can proceed and denied 17 Defendants' motions to dismiss the case. The Court concluded, "Plaintiffs have, for the most part, adequately alleged that Defendants formed a conspiracy to hurt black and Jewish individuals, and their supporters, because of their race at the August 11th and 12th events." The Court did dismiss Defendant Mike Peinovich from the case.

For the full docket, visit this page.