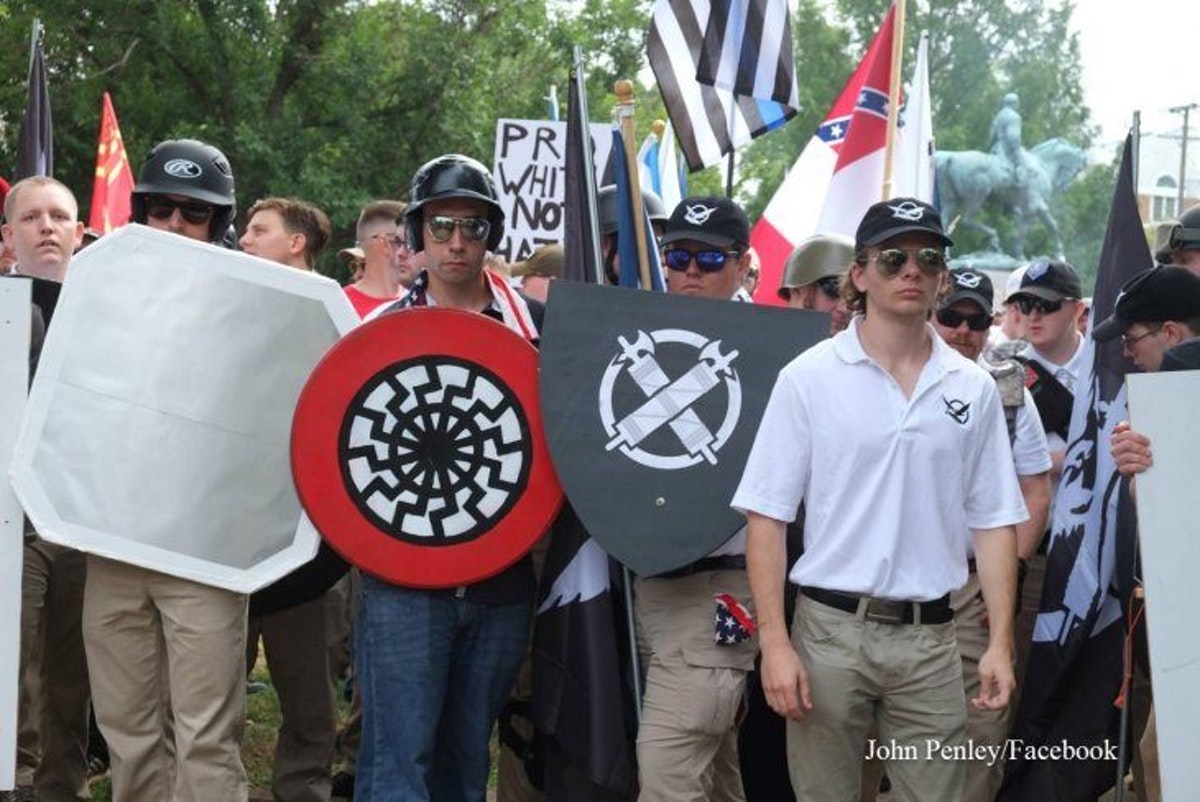 CHARLOTTESVILLE – A federal judge granted plaintiffs’ motion for evidentiary sanctions against white supremacist hate group Vanguard America in Sines v. Kessler – the landmark federal lawsuit backed by Integrity First for America against the neo-Nazis, white supremacists, and hate groups responsible for the Unite the Right violence in Charlottesville. Plaintiffs had detailed how Vanguard America and its representatives Dillon Ulysses Hopper and Thomas Ryan Rousseau failed to comply with their discovery obligations in refusing to preserve and produce material evidence. Vanguard America was one of the early architects of the Unite the Right violence.

These sanctions – known as adverse inferences – are a type of evidentiary sanction for the spoliation or withholding of evidence. In this new order, U.S. Magistrate Judge Joel C. Hoppe of the Western District of Virginia granted plaintiffs’ request for a permissive adverse inference instruction against Vanguard America, finding that “Vanguard America’s discovery misconduct in this case… is well documented…. Hopper’s and Rousseau’s failure to preserve and produce materials that ‘naturally would have elucidated a fact at issue permits an inference’ that they knew giving such information to Plaintiffs ‘would have exposed facts unfavorable’ to Vanguard or its case.” Plaintiffs will now submit their proposed language to the District Judge to inform jury instructions.

“No matter how the defendants try to avoid justice, our plaintiffs are committed to holding them accountable,” said Integrity First for America Executive Director Amy Spitalnick. “Plaintiffs have now won adverse inferences against three defendants, which will have significant impacts in court this fall. Even before trial, this lawsuit has made clear the consequences for orchestrating racist violence and flouting court orders.”

Trial in Sines v. Kessler is scheduled for October 2021 in federal court in Charlottesville. The lawsuit seeks to hold accountable two dozen white supremacist leaders and hate groups for their racially-motived violent conspiracy under the Ku Klux Klan Act of 1871 and other federal and state laws.

Vanguard America is a white supremacist group with chapters across the country. It played a key role in planning the Unite the Right violence, with the group’s leaders actively communicating with their co-defendants before, during, and after, largely online. This included explicit discussion of planned violence; for example, Vanguard members discussed making extra shields to “remove whoever is in [their] way.” Many of Vanguard’s members, including co-defendant James Fields, attended the August 12 rally wearing matching uniforms and armed with large shields bearing the group’s logo.

After the violence, Vanguard members posted memes celebrating Fields’s car attack, including a picture of plaintiff Marcus Martin flying through the air with the caption “Can’t Dodge This” and the comment that Unite the Right “was the biggest victory for our movement history. It was glorious... We gave many people shields, we fought and shed blood for our people today.”

In their motion last year, plaintiffs detailed Vanguard’s abject failure to comply with its discovery obligations in this litigation – failing to produce a single document over a nearly two year period, in flagrant contempt of numerous court orders. Since then, Vanguard has only belatedly produced a limited subset of irrelevant documents. Plaintiffs also detailed Vanguard’s failure to preserve material evidence in the case.

Hopper and Rousseau have admitted under oath that they possess relevant documents and electronic devices, which they nevertheless declined to produce or turn over to the third-party discovery vendor as required by court order.  “As to their electronic devices, both Hopper and Rousseau testified that the key devices they utilized in connection with Unite the Right, including their mobile devices and Rousseau’s desktop computer, have all miraculously been destroyed since the onset of this litigation,” plaintiffs wrote.

Additionally, in his deposition, Hopper conceded that he did not contact Vanguard members to inform them of their duty to preserve documents and information; similarly, he failed to preserve his own electronic device, which is now inoperable and its data unrecoverable. What little substantive content was available from Hopper’s other functional device only further confirms that Hopper has intentionally stonewalled discovery in bad faith; that he willfully failed to comply with discovery and numerous court orders; and reveal his appalling level of contempt for both the court and this litigation as a whole.

Rousseau testified that he generally programs his applications to automatically delete messages after a set period of time, in direct violation of the court’s orders. He also testified that two of his electronic devices were conveniently destroyed since the onset of this litigation and are now definitively unavailable to the plaintiffs; for example, Rousseau stated that he had previously disposed of a desktop computer he utilized in connection with Unite the Right.

The plaintiffs are a coalition of Charlottesville community members injured in the violence. They have repeatedly sought to hold Vanguard America and its co-defendants accountable for their actions and discovery obligations.