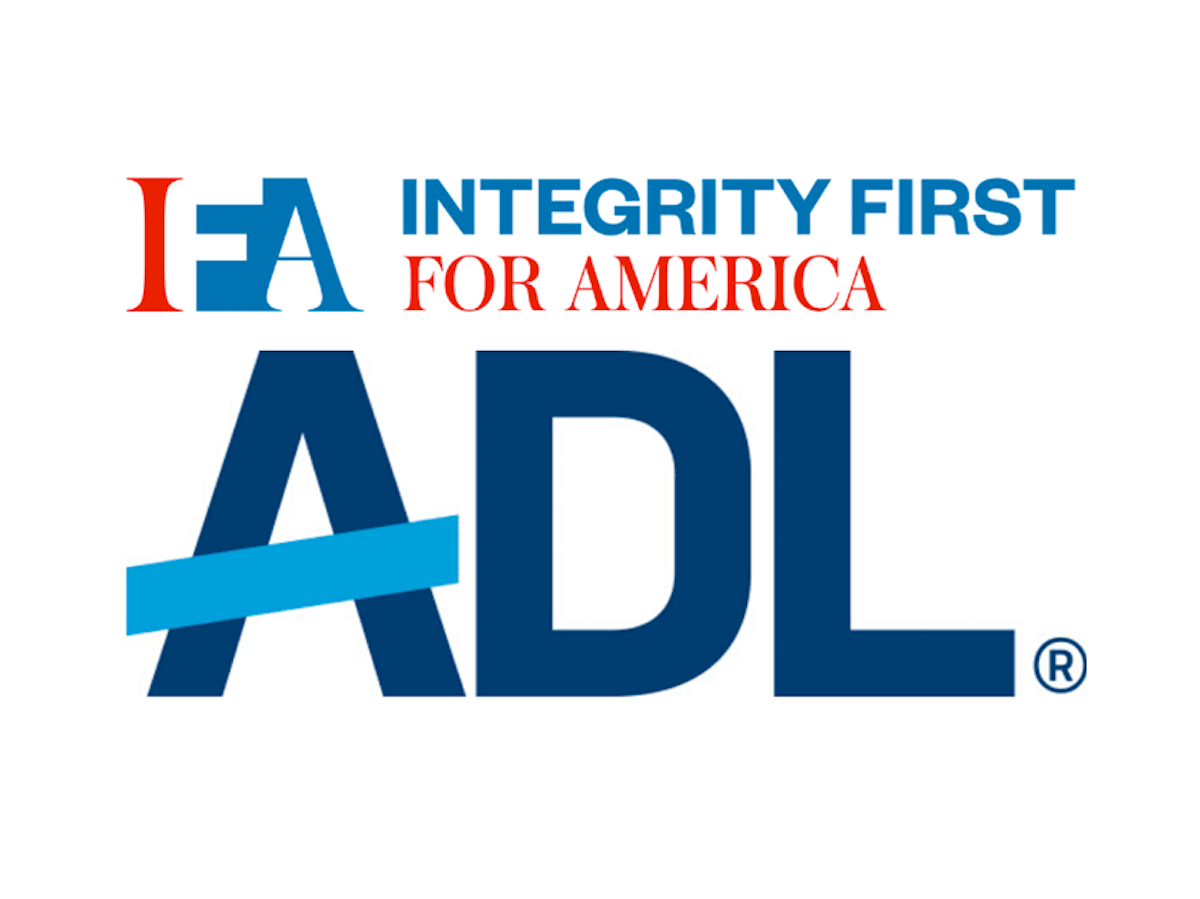 New York, NY, November 19, 2019- ADL (the Anti-Defamation League) today announced a partnership with Integrity First for America to support that organization’s ongoing lawsuit against the organizers of the 2017 “Unite the Right” rally in Charlottesville, Va.

Integrity First for America (IFA), a nonprofit organization dedicated to defending democratic principles and ensuring equal rights, is backing Sines v. Kessler — the landmark federal lawsuit against the two dozen individuals and affiliated hate groups that allegedly orchestrated the violent neo-Nazi and white supremacist rally in Charlottesville in August 2017, resulting in the death of Heather Heyer and extensive injuries. The suit was filed on behalf of a diverse coalition of 11 Charlottesville community members who were injured; it alleges that the violence was meticulously planned for months in advance, including on social media platform Discord. Trial is expected in Charlottesville in Fall 2020.

“Charlottesville was a wake-up call not just to the Jewish community and not just to minority communities, but to all of America,” said Jonathan A. Greenblatt, ADL CEO. “We must use every tool we have to stamp out these forces of hate and send a clear message that America will not tolerate the anti-Semitic and racist bigotry and violence these groups supported in Charlottesville and preach every day.”

“Charlottesville was a flashpoint — but it was by no means an isolated incident, as we’ve seen from Pittsburgh to Poway to El Paso and beyond,” said IFA Executive Director Amy Spitalnick. “We’re honored to have the ADL’s support and look forward to continuing to draw from its decades of expertise in tracking and fighting anti-Semitism and hate. Partnerships like these are critical as we work toward trial in Charlottesville next year and bring these violent bigots to justice.”

Plaintiffs in IFA’s suit include a Christian minister, students at the University of Virginia, and other local community members injured August 11 and 12, 2017 during the “Unite the Right” violence. The lawsuit names as defendants two dozen white supremacists and neo-Nazis, including Richard Spencer, Jason Kessler, Christopher Cantwell, Identity Evropa, Vanguard America, League of the South, and more. Sines v. Kessler, which alleges that the defendants violated the Ku Klux Klan Act of 1871, the Civil Rights Act of 1866, and various other statutes, uniquely uses the justice system to take on the leaders of America’s white supremacist movement. ADL is supporting this work as part of its long history of fighting bigotry, hate, and bias.

As part of this partnership, ADL will be donating $100,000 in support of Integrity First for America’s legal work; donations to IFA support critical case needs, including security and evidence collection. Additionally, ADL’s Center on Extremism, which is a clearinghouse of up-to-the minute information about extremism of all types, will offer consulting services to IFA, and ADL will be invited to join IFA’s board.

ADL’s Center on Extremism has identified many of the individuals and groups behind the original Charlottesville rally, and documented how the event was part of a four-year resurgence in white supremacist activity that has included rampant dissemination of hate propaganda and a broader series of violent attacks occurring since.

Kaplan, Dunn, and Spitalnick will appear at Never is Now, ADL’s annual summit on anti-Semitism and hate to be held Thursday, Nov. 21 in New York City. They are scheduled to speak at 2 PM and will discuss their work on Sines v. Kessler.

ADL is a leading anti-hate organization. Founded in 1913 in response to an escalating climate of anti-Semitism and bigotry, its timeless mission is to protect the Jewish people and to secure justice and fair treatment to all. Today, ADL continues to fight all forms of hate with the same vigor and passion. ADL is the first call when acts of anti-Semitism occur. A global leader in exposing extremism, delivering anti-bias education and fighting hate online, ADL’s ultimate goal is a world in which no group or individual suffers from bias, discrimination or hate. More at www.adl.org.

Integrity First for America (IFA) is a nonpartisan nonprofit organization dedicated to holding those accountable who threaten longstanding principles of our democracy—including our country's commitment to civil rights and equal justice. IFA is backing the landmark federal lawsuit against the two dozen neo-Nazis, white supremacists, and hate groups responsible for the August 2017 violence in Charlottesville. Learn more at www.integrityfirstforamerica.org.