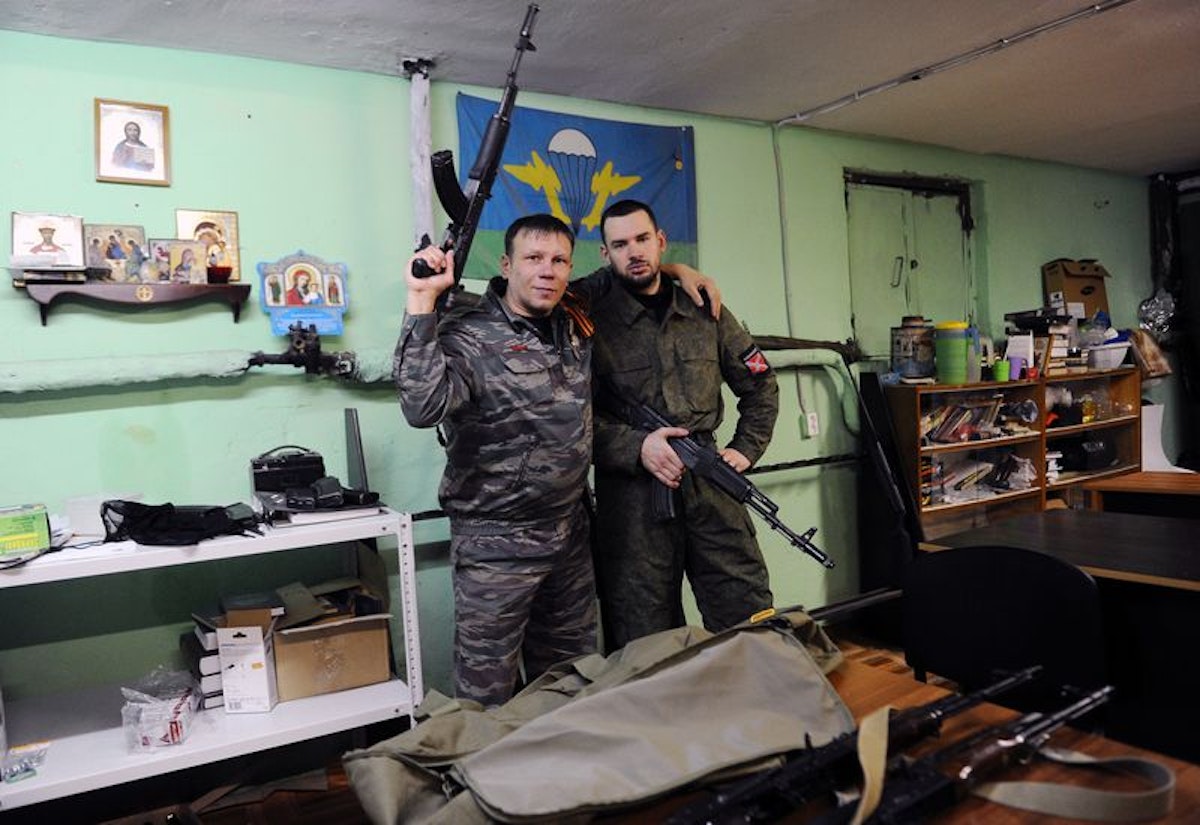 The other week, a neo-Nazi in Missouri allegedly planned to car-bomb a hospital that’s treating coronavirus patients. Just days before, white supremacists used social media to discuss turning the virus into a bioweapon, trading thoughts on targeting Jews, law enforcement and others through bodily fluids and other personal contact.

White supremacist terrorism was already a dire threat to our communities and national security. During this pandemic, the threat posed by these extremists is even more pronounced.

This week, there’s finally a glimmer of hope: The federal government took an important step forward, designating a white supremacist group based in Russia as a terrorist organization.

But this is just one of many much-needed changes to how we approach the threat of white supremacy — a threat made all the more urgent by this pandemic.

It's no surprise that a crisis like this would be exploited by the most hateful and cynical among us; that’s been the case since the beginning of mankind. But the tools and tactics of the 21st century create unique risks.

Right now, people are scared and angry, and looking for a scapegoat. So when these white supremacists take to the internet to spread their hate and violence, they can find an alarmingly receptive audience — especially at a time when many susceptible to these messages are at home, sitting online, scrolling through social media.

The risk, then, is not simply the original white supremacists’ propensity for violence, but also the willingness of their loyal followers to try to turn their violent ideas into action.

As researchers at the Anti-Defamation League have detailed, these white supremacists argue that the Jews are using — and even spreading — this pandemic to increase their influence and make money. Some say that the Jews or Israel are sitting on a vaccine. And because it wouldn’t be a white supremacist conspiracy without a bit of Holocaust denial, some are even using it to cast doubt on the number of Jews who died during the Holocaust.

These conspiracy theories were designed to fit into the larger white supremacist ideas of the moment: Accelerationism, a far-right movement that seeks to "accelerate" the collapse of society through terrorist attacks on our infrastructure, such as the potential attack on the Missouri hospital; and the Great Replacement, which argues that Jews are the puppet-masters behind an effort to replace the white race.

Of course, as the conspiracists argue, the logical way to fight back is to take on Jews and other minorities through the kinds of violent attacks we’ve seen, from Charlottesville to Pittsburgh to Poway and beyond — most recently, in the plans to target Jews with a bioweapon and bomb a hospital.

At the same time, far-right extremists are also targeting the Asian community, spreading hateful memes and other messages that blame the Chinese people for the virus and threaten violence. Politicians and other leaders who go out of their way to call this the “Chinese virus” or the “Wuhan flu” only exacerbate this hate.

Much like the broader crisis of coronavirus has exposed terrifying gaps in our health systems and general preparedness, so too does it lay bare the dire threat of white supremacy to our security and our institutions.

The would-be hospital bomber was active in neo-Nazi hate group National Socialist Movement, which is a defendant in a federal lawsuit backed by my organization for the group’s role organizing the August 2017 violence in Charlottesville. He frequented NSM’s Telegram channel — the same social media platform used to discuss plans to turn the virus into a bioweapon.

No social media or web hosting company is obligated to give a platform to these extremists – period. Yet many still do.

Meanwhile, there’s been a staggering decline in the number of civil rights cases brought by DOJ’s Civil Rights Division; programs to combat domestic terror and fight extremism have also been cut; and bills to close gaps in reporting and improve collaboration between various levels of government languish in Congress. While the FBI has certainly stepped up in recent months, the spate of attacks over the last few years makes clear how much we were already lagging.

This pandemic has only underscored the urgency of treating white supremacy as the exigent threat to our national security that it is, which requires comprehensive action and a real investment of resources by policymakers, law enforcement, and the private sector. If we don’t act soon, it’s just a matter of time before these extremists strike again – with even more dire consequences.