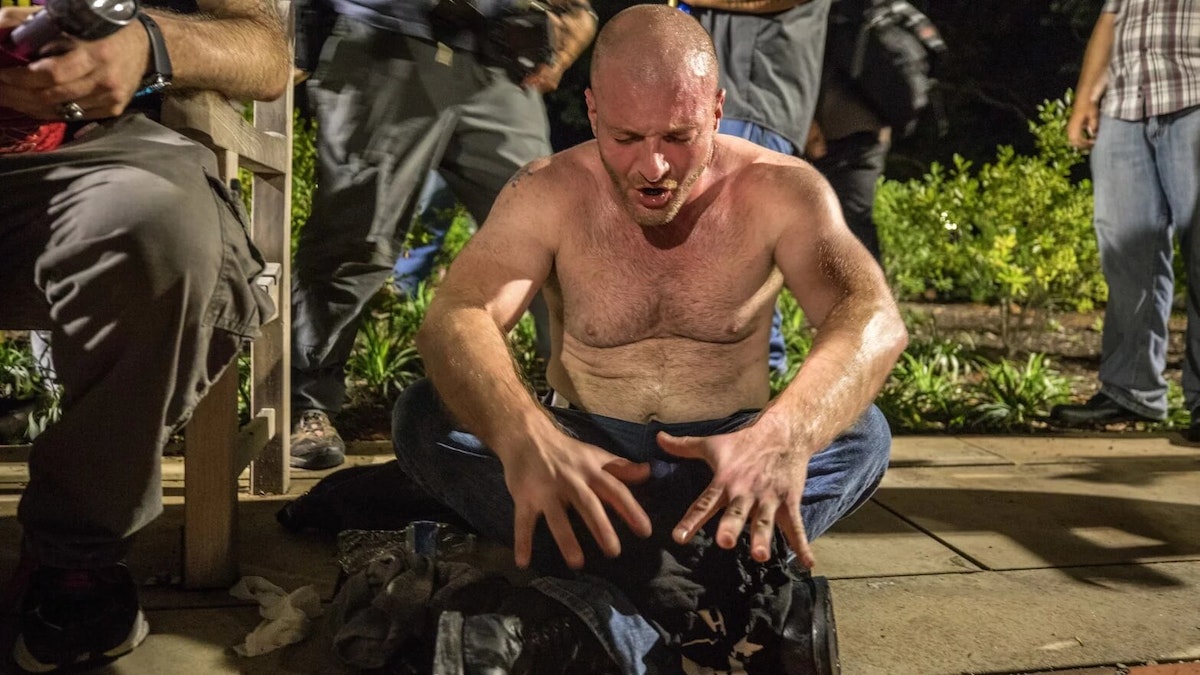 One won’t pay his legal bills and keeps threatening attorneys. The other is on the run. These two white supremacists are so awful, their own lawyers are dumping them.

Chris “The Crying Nazi” Cantwell and Robert “Azzmador” Ray were two prominent marchers during 2017’s deadly white supremacist rally in Charlottesville, Virginia. Since then, the pair have been named in a sprawling lawsuit against many of the rally’s key players. Their lawyers also represent a host of Klansmen and neo-Nazis in the lawsuit. But in a Thursday filing, those lawyers quit on Cantwell and Ray, claiming the two were impossible to work with.

Lawyers Elmer Woodard and James Kolenich have made a name for themselves representing Nazis. Their biggest case is the ongoing Sines v. Kessler lawsuit, in which Charlottesville locals are suing the white supremacists who brought terror to their city in 2017. But Woodard and Kolenich are drawing the line at representing Ray and Cantwell.

Ray, a blogger and podcaster for a white supremacist site, has been a fugitive since June 2018, according to the website Angry White Men. He’s wanted in Virginia on a felony count of releasing pepper spray against anti-racist protesters at the Charlottesville riot. Footage from the rally shows Ray describing the attacks as “glorious.”

“I personally, literally, gassed half a dozen k*kes,” he said on video.

With Ray on the run, his lawyers have been mostly unable to contact him, except by leaving comments on a white supremacist forum imploring him to call, they claimed in the Thursday filing.“Defendant Robert Ray has not been available by phone or email for most of this case.

Rather, Counsel had to request contact through an alternative means (an online Alt-Right comment area) and Mr. Ray would then call,” the filing reads. “For more than 6 weeks, Mr. Ray has been absent from said comment area. Mr. Woodard and Mr. Kolenich (‘Attorney’s’ [SIC]) have not heard from Mr. Ray in at least that amount of time.”

Although Ray stopped posting in the comment area, he released a podcast as recently as this week.

Cantwell’s activities, meanwhile, are well known. His problem is he can’t stop posting.

On the messaging platform Telegram, Cantwell allegedly made violent comments against Roberta Kaplan, the lead attorney for plaintiffs in Sines V. Kessler. A convicted criminal who glorifies violence to his followers, Cantwell might have put the case at risk by inciting violence against Kaplan, her team alleged in a filing earlier this month. Kaplan’s team asked for sanctions against Cantwell. Meanwhile, Integrity First for America, a civil rights group backing the lawsuit, says it’s raising money to ensure the lawyers’ physical safety.

“Frankly, threats like this are why IFA is fundraising for security costs — we need to ensure our legal team and plaintiffs are safe,” Amy Spitalnick, IFA’s executive director told The Daily Beast.

In their Thursday filing, even Woodard and Kolenich appeared to agree with their legal rivals.

“Attorney’s [SIC] are at a loss as to how we would be able to argue Ms. Kaplan’s concerns and requests for relief as expressed to the Court are unreasonable,” their filing reads.

“Mr. Cantwell has rendered Attorney’s continued representation of him unreasonably difficult, has created a conflict of interest between himself and Attorney’s other clients, and has engaged in conduct Attorney’s consider ‘repugnant or imprudent,’” the filing continues.

The lawyers argued that they had good cause to withdraw as his attorneys. Also, they added, “Mr. Cantwell has made no effort to pay his outstanding fee invoices after having been repeatedly warned Attorney’s would seek to withdraw if he did not do so.”

Spitalnick said Woodard and Kolenich’s filing raises the same concerns as the plaintiffs.

“This underscores two critical issues we’ve been raising: One, these defendants have a total disregard for the legal process and the rule of law. Two, even their own attorneys are concerned about the defendants’ violent threats — and see them as totally indefensible,” she said.”

“What’s concerning here is not just Cantwell’s own capacity for violence, which we saw firsthand in Charlottesville and elsewhere. These threats are also intended to incite his followers to action. It’s that pattern — of an extremist leader urging his followers to violence — that we’ve seen at play in so many recent attacks, from Pittsburgh to Poway to Christchurch.”

The full article can be read on the Daily Beast website. Click here to read the full filing.