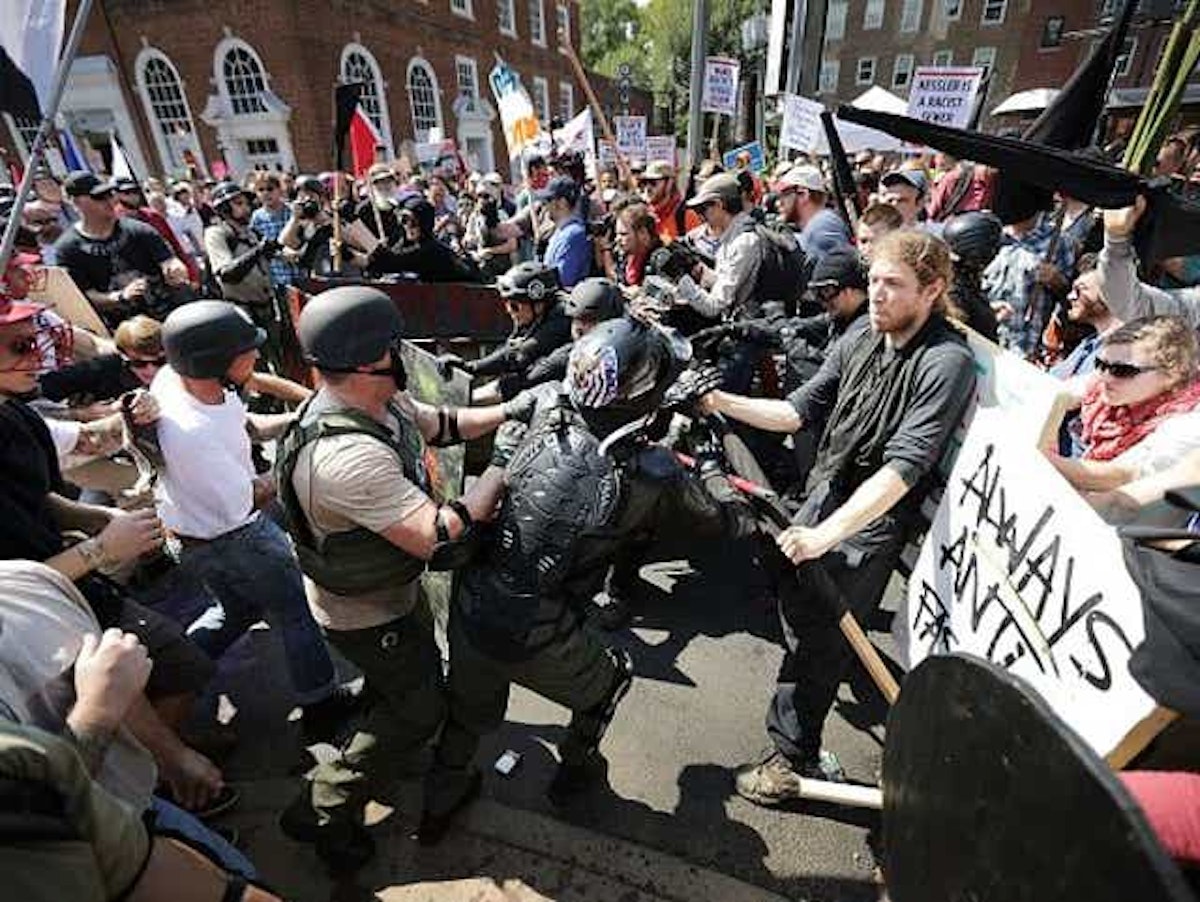 Ray Has Repeatedly Tried to Avoid Accountability in Sines v. Kessler – IFA’s Landmark Federal Lawsuit Against those Responsible for the August 2017 Charlottesville Violence

Defendant Ray was a key organizer of the Unite the Right violence over August 11 and 12, 2017. The lawsuit details how the defendants meticulously planned the violence for months in advance (including via social media and other online channels). The plaintiffs are a coalition of Charlottesville community members injured in the violence. They have repeatedly sought to hold the defendants accountable for their actions and discovery obligations. Trial is scheduled for October 2020.

As plaintiffs detailed in their March motion to compel, Ray has been withholding critical evidence -- refusing to produce what is likely some of the most compelling evidence of the Unite the Right violence, including video footage taken by Ray’s own cameraman. He has withheld one of his computers for a year; and plaintiffs also discovered an additional cell phone that Ray told fellow defendant Christopher Cantwell to use during Unite the Right, which Ray failed to disclose in the discovery process.

Additionally, Ray discussed Unite the Right on sites like the Daily Stormer and The Krypto Report, but has refused to turn over his credentials to those sites – claiming he can’t remember them despite actively posting on those sites to this day.

As the court wrote in today’s decision, “it has been Ray’s ‘consistent practice from the very beginning to ignore outright the court’s orders or to submit chaotically and defectively to them.’ Clearly, Ray’s ‘track-record of failing to fulfil his discovery obligations in a timely manner . . . makes him [especially] ill-suited to participate in a discovery process that is predicated upon one’s prompt and good faith with discovery obligations.’ The case must move forward.”

Ray must identify all relevant social media accounts and credentials (including from the Daily Stormer, Krypto Report, Gab, Twitter, etc.) and all relevant electronic devices (including the laptop and cell phone in question and any other device that contains relevant documents, files, video, audio, photos, images, and/or texts) by May 26, 2020. The third-party vendor will provide to plaintiffs all relevant discovery collected from those devices and accounts by June 8, 2020.

The court explicitly warned Ray that “his failure to fully comply with this Order may result in the Court imposing sanctions under Rule 37(b)(2) of the Federal Rules of Civil Procedure and/or directing Ray to show cause why he should not be held in contempt of court.”