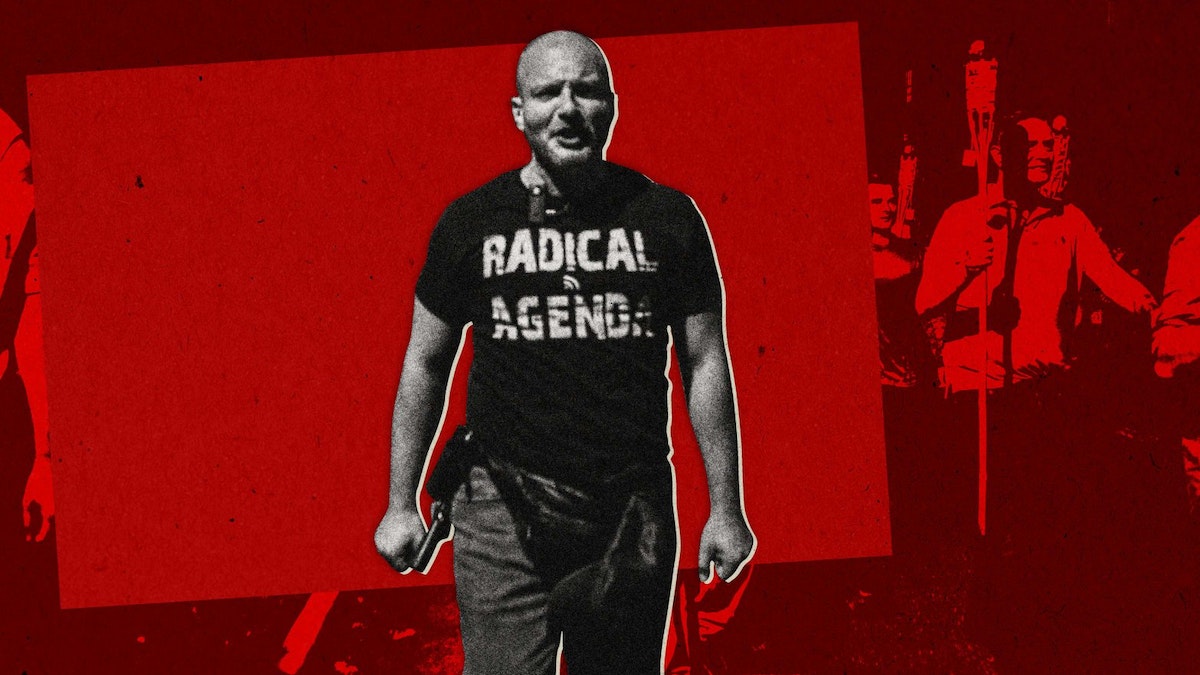 A neo-Nazi who participated in violent attacks during 2017’s deadly white supremacist rally in Charlottesville, Virginia is in trouble again—this time for allegedly making violent comments about the lawyer suing him for his actions in Charlottesville.

Christopher Cantwell (nicknamed the “Crying Nazi” after he made a tearful videoabout being arrested) is a far-right internet personality with a handful of violent criminal convictions and a fascist fanbase. Cantwell featured in a Vice News documentary about the deadly Charlottesville rally, where he attacked local protesters and bragged of his movement’s potential to murder. Now he and the rally’s key players are facing a major lawsuit, brought by lawyer Roberta Kaplan, whom he recently threatened with violence.

In a Tuesday court filing, Kaplan and her team called for sanctions against Cantwell, accusing him of putting Kaplan in danger and the trial at risk. The filing asks a judge to bar Cantwell from making further threats against Kaplan or her clients.

“After this stupid k*ke whore loses this fraudulent lawsuit, we’re going to have a lot of fucking fun with her,” Cantwell told his followers on Telegram, a messaging platform last month. He included a recent article about Kaplan in a Jewish publication. (Cantwell and his followers are virulently anti-Semitic.)

Cantwell’s attorney did not immediately respond to a request for comment.

The comments were the latest in a series of remarks seemingly intended to incite violence, said Amy Spitalnick, Executive Director of Integrity First for America. The civil rights group is backing the lawsuit against Cantwell and other white supremacists who marched in Charlottesville.

“Cantwell’s statements are part of a much larger pattern we’ve seen play out in relation to extremist attacks over the last few years,” Spitalnick told The Daily Beast. “A leader like Cantwell co-opts social media platforms to spread hate and threats, and then the next disaffected white nationalist tries to turn those threats into action to make a name for himself in this community.”

Spitalnick pointed to the Charlottesville riot, as well as recent white supremacist-led murders in Pittsburgh, Pennsylvania; Christchurch, New Zealand; and Poway, California. In Charlottesville, a neo-Nazi who consumed white supremacist content online drove a car through a crowd of anti-racist protesters, killing one. (He was sentenced last week to life in prison.) In Pittsburgh, Christchurch, and Poway, white supremacists are accused of murdering a combined 63 worshippers at mosques and synagogues after becoming radicalized by extremist content online.

“Inflammatory online postings such as this one have a significant potential to lead to on-the-ground violence from individuals who read the posts,” Segal, director of the Anti-Defamation League’s Center on Extremism wrote. “Mr. Cantwell’s post reflects a pattern of behavior common among white supremacists who are active online, whereby controversial figures (like Mr. Cantwell) call on followers to target specific individuals or communities.”

The alleged threats aren’t empty. Tuesday’s filing described Cantwell as engaging in a pattern of increasingly violent behavior, both online and off. He has previously pleaded guilty to violent attacks in Charlottesville, and recently violated bond conditions in a Charlottesville case by making threatening social media posts about his victims.

Cantwell has also allegedly made persistent threats against a Charlottesville journalist, leading his followers to harass her.

“Everyone is entitled to a fair trial, no matter what side they’re on. In this case, the counsel for the plaintiff is the target of these very violent, very aggressive threats,” Spitalnick said.

“What’s particularly concerning here is that, due to Cantwell’s own well documented history of violence, and his loyal following of these far-right extremists, there is a lot to be worried about.”

The full article can be read on the Daily Beast website. Click here to read the full filing and exhibits.