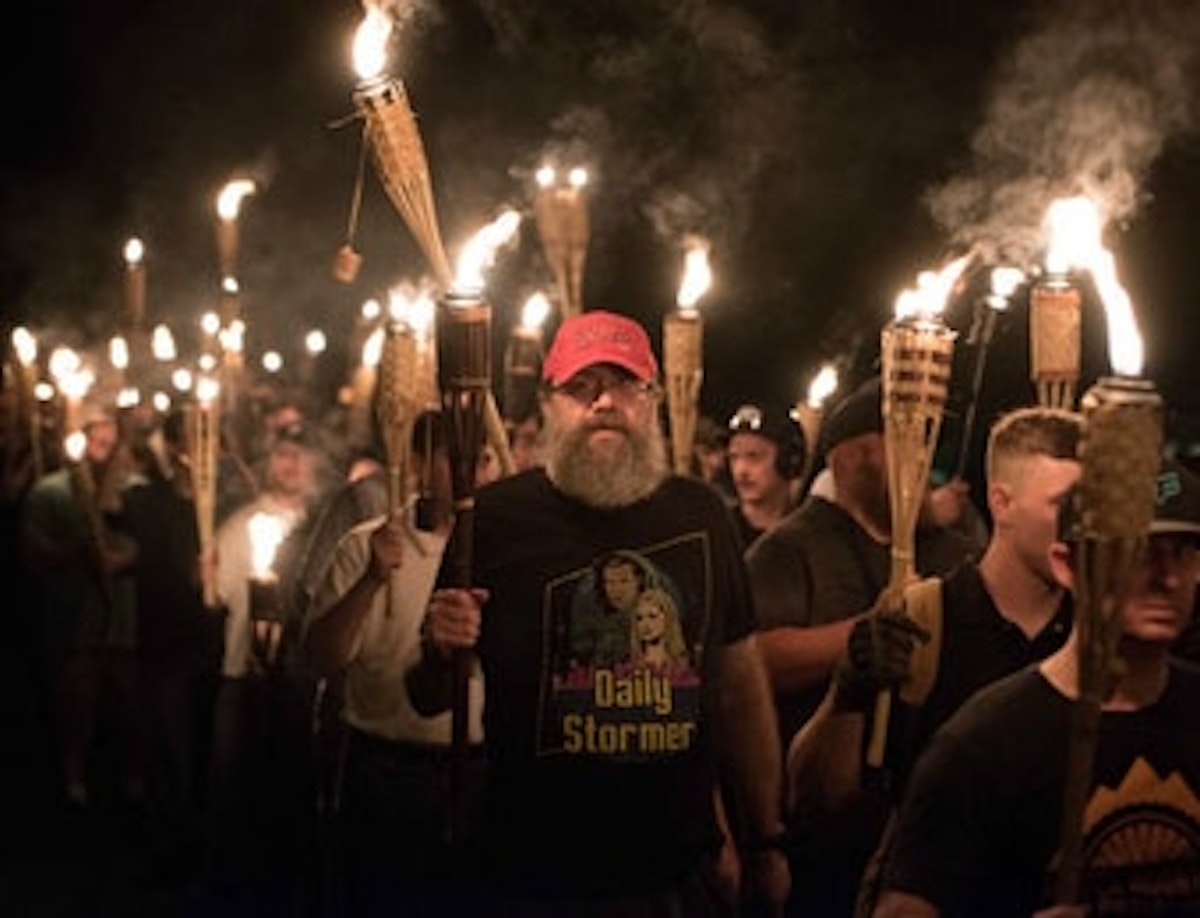 CHARLOTTESVILLE – Today, a federal judge formally issued a court order finding neo-Nazi defendant Robert “Azzmador” Ray in contempt of court and directing the issuance of a bench warrant for his arrest in Sines v. Kessler — the landmark federal lawsuit backed by Integrity First for America against the neo-Nazis, white supremacists, and hate groups responsible for the Unite the Right violence.

As plaintiffs detailed in court earlier this week, Ray has flagrantly violated at least four separate court orders and failed to appear at three noticed (including two court ordered) depositions. At a hearing on Monday, Judge Norman Moon indicated that he would issue a bench warrant for Ray’s arrest. As today’s court order details, Ray will be transported to the Western District of Virginia and remain in custody until he is deposed by plaintiffs’ counsel and purges himself of contempt.

Ray played a crucial role in the Unite the Right violence over August 11 and 12, 2017. IFA’s lawsuit details how Kline and his fellow defendants meticulously planned the violence for months in advance, including via the social media platform Discord. At the time of Unite the Right, Ray was a writer for the Daily Stormer, which was the most visited and influential hate website on the internet. Through articles posted on the Daily Stormer, Ray promoted and facilitated the events in Charlottesville in advance of August 2017, including instructing followers to bring tiki torches, pepper spray, and shields. Ray was an active participant on Discord, telling others in advance of the events that he would “be there gassing these people,” referring to counter-protesters, and that Unite the Right was “a war, not a party.” During the violent weekend itself, Ray marched in the torch march on August 11, 2017, and, as he later openly admitted, used pepper spray to attack counter-protesters.

The plaintiffs are a coalition of Charlottesville community members injured in the violence. They have repeatedly sought to hold Ray accountable for his actions and discovery obligations.

“Ray was central to the violent conspiracy that left Heather Heyer dead and injured many others, including our plaintiffs. He has flagrantly violated multiple court orders and failed to appear at three separate depositions. Our suit makes clear that there will be serious consequences for this racist violence – and that no matter how these defendants try, there is no running from accountability,” said Integrity First for America Executive Director Amy Spitalnick.

“We are pleased with this decision by Judge Moon. The court has repeatedly demonstrated that there will be real penalties, including jail time, for the defendants if they continue to flout their discovery obligations,” said Jessica Phillips, counsel for the plaintiffs in Sines v. Kessler and a Partner at Paul, Weiss, Rifkind, Wharton & Garrison LLP.

Earlier this year, defendant Elliott Kline (aka Eli Mosley) was also jailed for contempt of court.