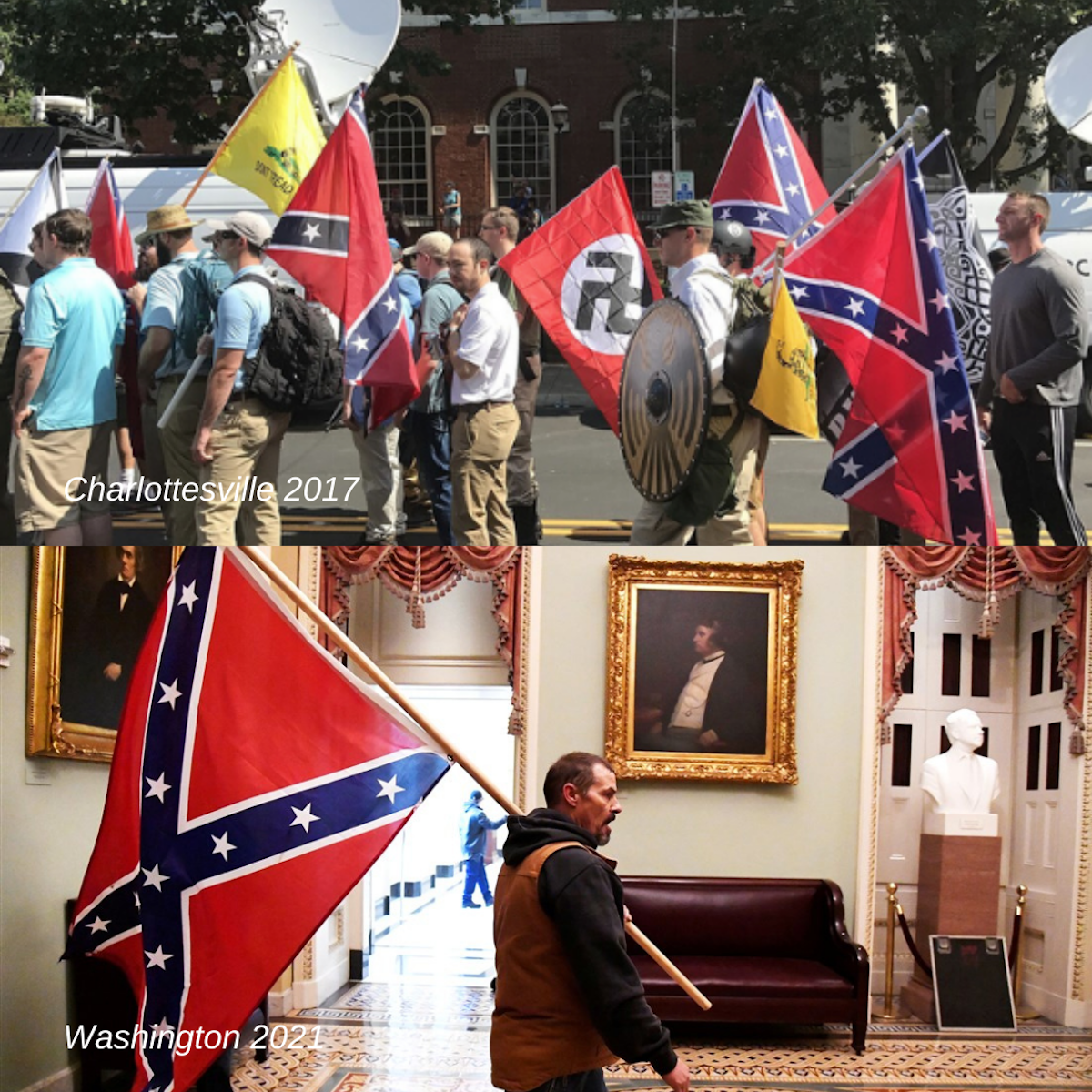 It’s been an alarming few days.

Every new piece of information about the Capitol violence affirms what we all knew: it was a premeditated terror attack, just like what happened in Charlottesville three-and-a-half years ago. And all indications point to the likelihood of more violence in the coming weeks as extremists continue to plan and organize online.

As we’ve said from the start, if you’re surprised, you haven’t been paying attention.

The Capitol attack appears to have followed the Charlottesville playbook nearly to a tee:

--On both mainstream and fringe social media sites, these extremists planned violence in explicit detail.

--They then showed up with weapons and in tactical gear, prepared for the violence they planned.

--Central to their ideology is a vile, pervasive white supremacy—with antisemitism and racism at its core: from “Camp Auschwitz” shirts, to confederate flags, to a noose.

Like the neo-Nazis in Charlottesville who chanted “Jews will not replace us” as a call-out to the Replacement Theory conspiracy of white genocide, so too were the Capitol insurrectionists fueled by the idea of the country being “stolen” from them.

--Some of the same neo-Nazis in Charlottesville played key roles at the Capitol, including two who ransacked Speaker Pelosi’s office. Our Charlottesville defendant Andrew Anglin served as a key cheerleader for the Capitol violence and the broader civil war these extremists crave.

--Within hours of the violence, the perpetrators defaulted to the same excuse as the Charlottesville neo-Nazis: blame antifa, even though there’s zero doubt this was a far-right attack.

All of this underscores the dire need for accountability and justice.

There has been so little accountability—not just after Charlottesville, but more broadly when it comes to the far-right extremism poisoning our country.

IFA’s Charlottesville suit remains the only legal effort taking on the broader leadership of the violent white supremacist movement. We’ve seen the impact it’s had even before trial, with defendants like Richard Spencer discussing its “crippling” effects and others halting plans for events and other actions.

When we go to trial this year, we can truly bankrupt and dismantle the leaders and groups at the center of this violent movement—and make crystal clear the consequences for these violent conspiracies.

But we can’t do it alone. DOJ must bring the full weight of the federal government to bear against the extremists responsible for the Capitol attack. Social media companies must act—but so too must web hosting and domain registration companies when it comes to the sites that have built their business models on platforming violent hate.

A crisis of this magnitude requires a comprehensive response. Too much is at stake.