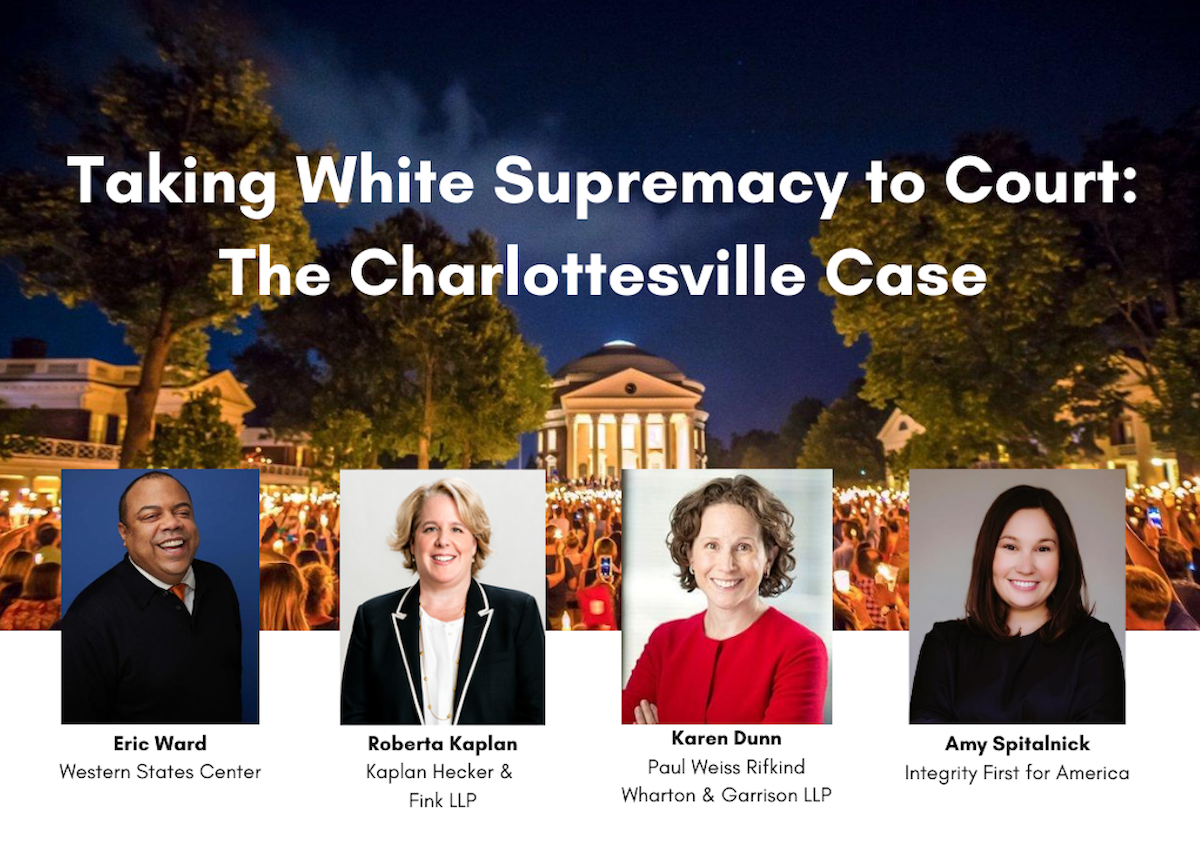 On August 10th, 2020—the eve of the third anniversary of the Charlottesville violence—we held a discussion of our groundbreaking lawsuit and the fight against white supremacy.

We’re grateful to Eric Ward of Western States Center for moderating and the many co-sponsors that made tonight possible: