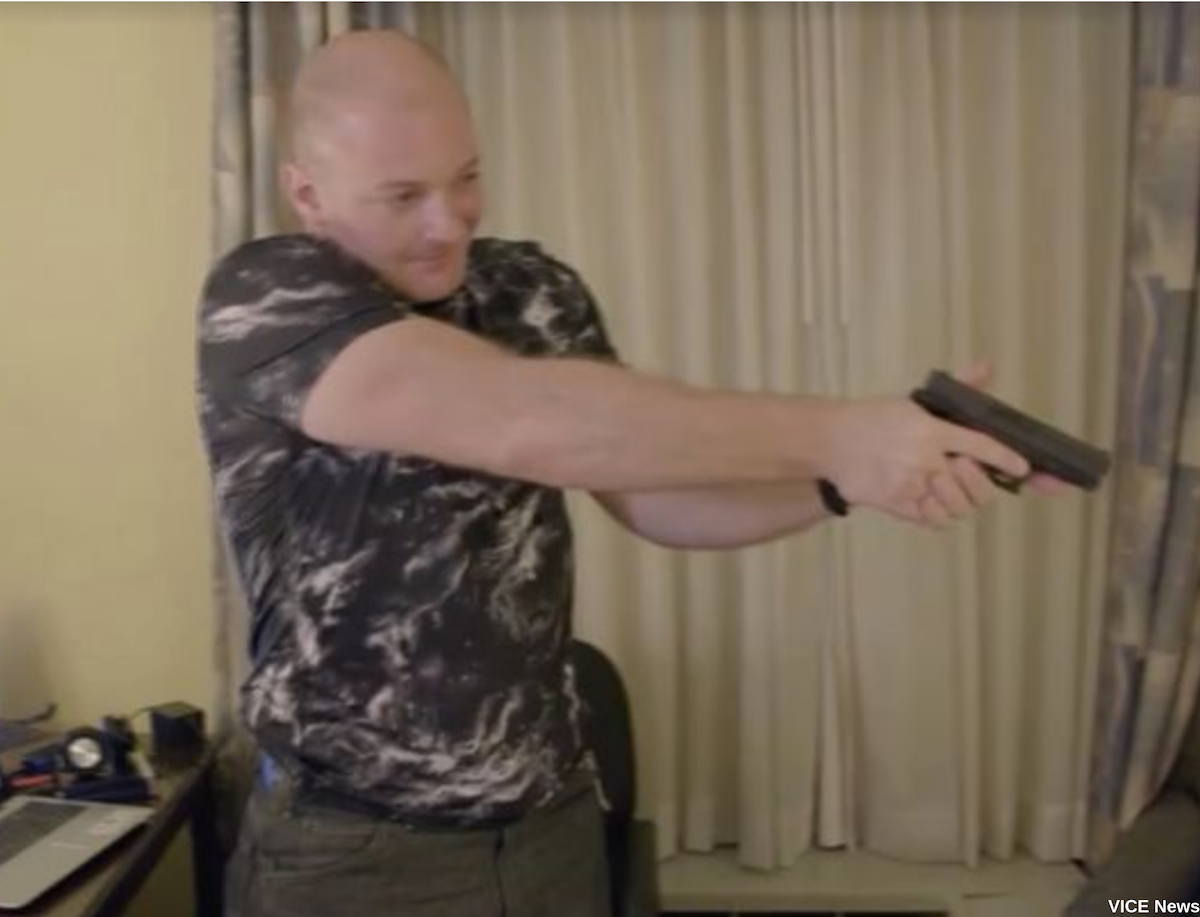 Cantwell is a defendant in Integrity First for America’s Charlottesville lawsuit for his role orchestrating the August 2017 violence. Before the Charlottesville violence, Cantwell had urged his followers to join him in a race war and in “gas[sing] the k*kes.”

After conspiring with his fellow defendants in person and online via social media platform Discord in order to direct unlawful acts of violence, intimidation, and denial of equal protection, Cantwell marched on Charlottesville screaming things like, “Jews will not replace us!” as he terrorized students and employees on the University of Virginia campus on August 11, 2017. He followed through on his threat and assaulted counter-protestors and passersby with illegal gas. The following day, as he continued to terrorize the residents of Charlottesville, he said to his co-conspirators “We’ll f*cking kill these people if we have to.” He was subsequently arrested for multiple felonies, including for maliciously causing bodily injury to a counter-protestor by dispensing a caustic substance.

IFA’s suit, brought on behalf of a coalition of Charlottesville community members injured, alleges that Cantwell and his co-defendants orchestrated a racially-motivated violent conspiracy. The suit details how Cantwell and the nearly two dozen other defendants planned the violence for months in advance. Trial is scheduled for October 2020.

In July, just two days after the threat for which he was arrested today, he used the same social media platform (Telegram) to threaten Roberta Kaplan, lead counsel for the plaintiffs in IFA’s suit. In response to an article in a Jewish publication about the case and Kaplan, Cantwell wrote. “After this stupid k*ke whore loses this fraudulent lawsuit, we’re going to have a lot of f*cking fun with her.” Plaintiffs filed a motion to enjoin Cantwell, which details both Cantwell’s own capacity for violence and the concern that a loyal follower may also act on Cantwell’s threats.

Earlier this week, Cantwell quoted Adolf Hitler’s Mein Kampf in a filing with the court in IFA’s case.

“Today’s indictment describes only a tiny fraction of Cantwell’s horrifying track record of violence and bigotry. From orchestrating the Charlottesville violence with the intent of instigating a race war and gassing Jews, to vile threats against our lead counsel -- as well as journalists and others around the country -- this country is safer with Cantwell in custody,” said IFA Executive Director Amy Spitalnick. “However, Cantwell must face the consequences for his many other violent actions, and our plaintiffs will continue to fight for accountability.”