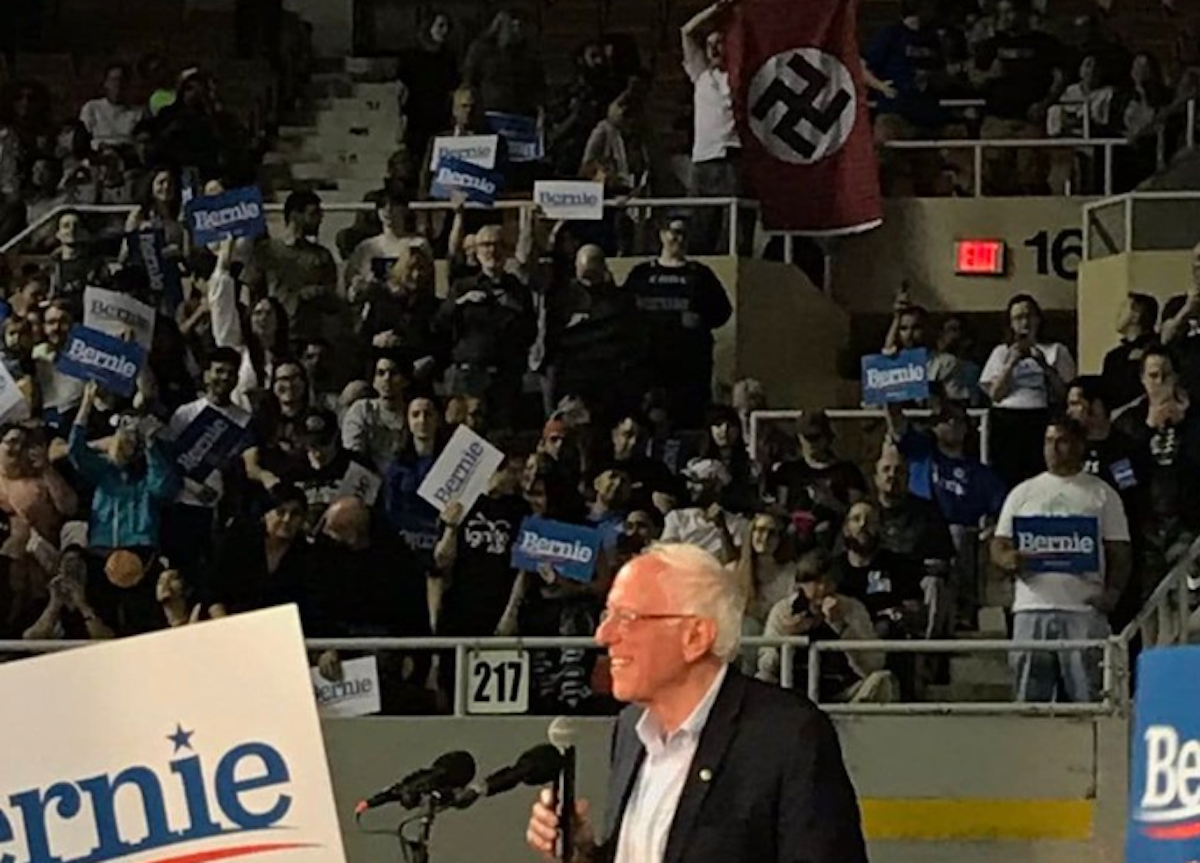 “Last night, a rally for a Jewish presidential candidate was terrorized by a neo-Nazi carrying a swastika flag and shouting ‘Heil Hitler.’

It doesn’t matter who someone supports for president or their party affiliation. This — like so many recent acts of hate — is a sickening attempt to terrorize not just the Jewish community, but all Americans who share the values of equality, justice, and democracy.

To be clear, this is part of a much larger rise in anti-Semitism and white nationalism. We saw the very same tactics in Charlottesville, where neo-Nazis wore swastikas, surrounded the local synagogue, and chanted ‘Seig Heil’ — before ultimately killing Heather Heyer and injuring many others, including our 10 plaintiffs.

We’re taking on the leaders of the neo-Nazi and white supremacist movement in court, with trial scheduled this fall. And we hope that everyone, regardless of political affiliation, can acknowledge this latest incident as part of a much larger crisis of extremism — and make clear it has no place here.”