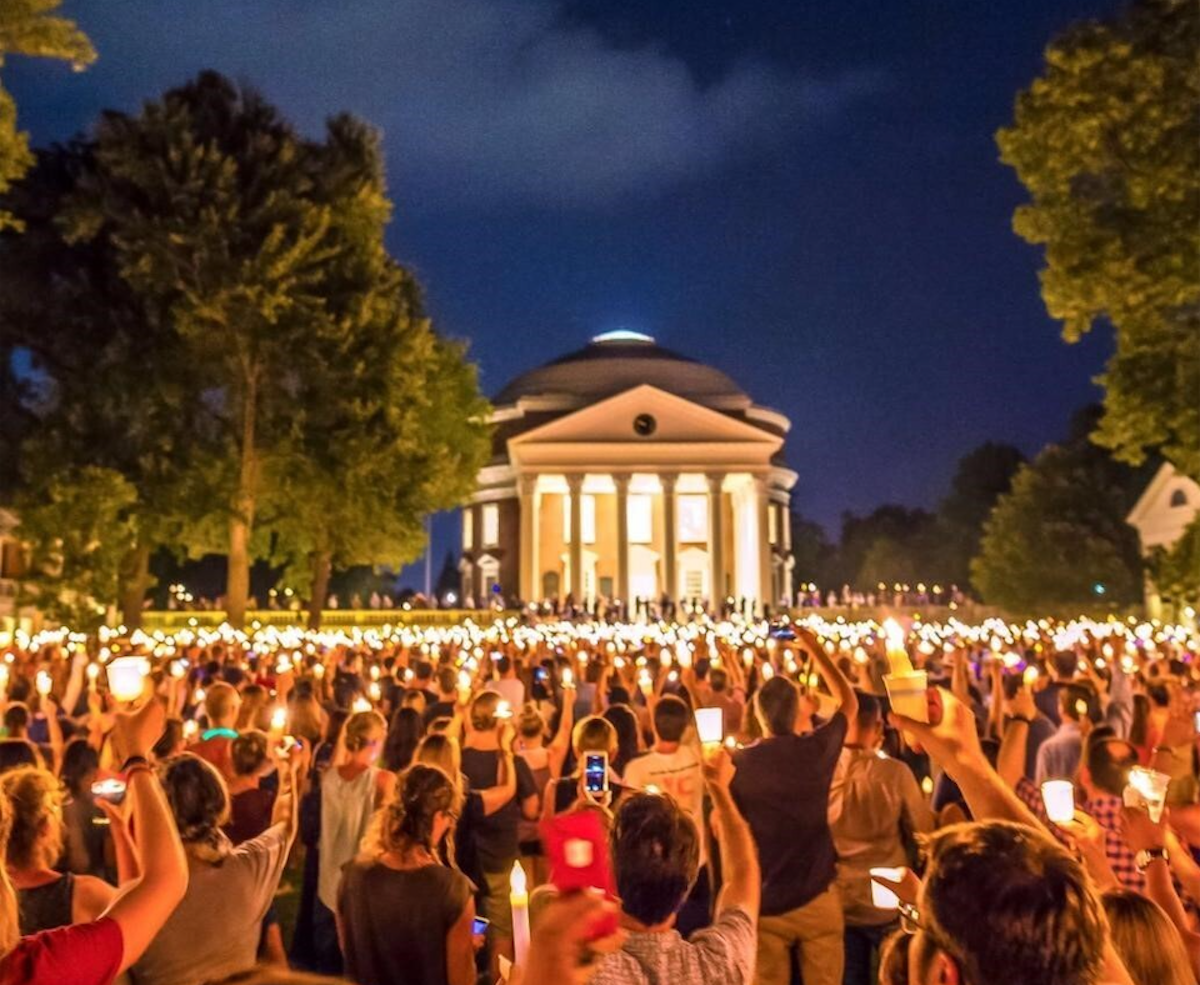 Integrity First for America is Supporting Plaintiffs in Lawsuit Against Neo-Nazis, White Supremacists, and Hate Groups Responsible for August 2017 Violence

CHARLOTTESVILLE -- U.S. District Court Judge Norman Moon ruled today that Sines v. Kessler-- the landmark federal lawsuit backed by Integrity First for America against the neo-Nazis, white supremacists, and hate groups responsible for the August 2017 violence -- will be tried in Charlottesville this October. The full decision is available here.

"We are very pleased that the Court agreed that Charlottesville is the right place for this trial to take place. At the time nearly four years ago, all of our plaintiffs lived, worked or studied in Charlottesville, many still do, all of them still have friends and family in the Charlottesville area, and Charlottesville -- of course -- is where the relevant events took place. We look forward to trying this case before a jury this fall,” said Roberta Kaplan, lead counsel for Plaintiffs and Founding Partner at Kaplan Hecker Fink LLP.

"The white supremacists who attacked Charlottesville will be tried in Charlottesville -- as they should be. We’re heartened that the court agreed with our plaintiffs and look forward to trial this fall,” said Amy Spitalnick, Executive Director of Integrity First for America.

The lawsuit seeks to hold accountable two dozen white supremacist leaders and hate groups for their racially-motived violent conspiracy under the Ku Klux Klan Act of 1871 and other federal and state laws.

The plaintiffs are a coalition of Charlottesville community members injured in the violence. As the complaint details, the defendants and their co-conspirators planned the Unite the Right violence for months in advance, particularly on social media, where they discussed details down to whether they could hit protesters with cars and claim self-defense. Full case details are available here.

Integrity First for America (IFA) is a nonpartisan nonprofit organization dedicated to holding those accountable who threaten longstanding principles of our democracy -- including our country's commitment to civil rights and equal justice. IFA is backing the landmark federal lawsuit against the two dozen neo-Nazis, white supremacists, and hate groups responsible for the August 2017 violence in Charlottesville. Trial is scheduled for October 2021. To learn more about the case, click here.