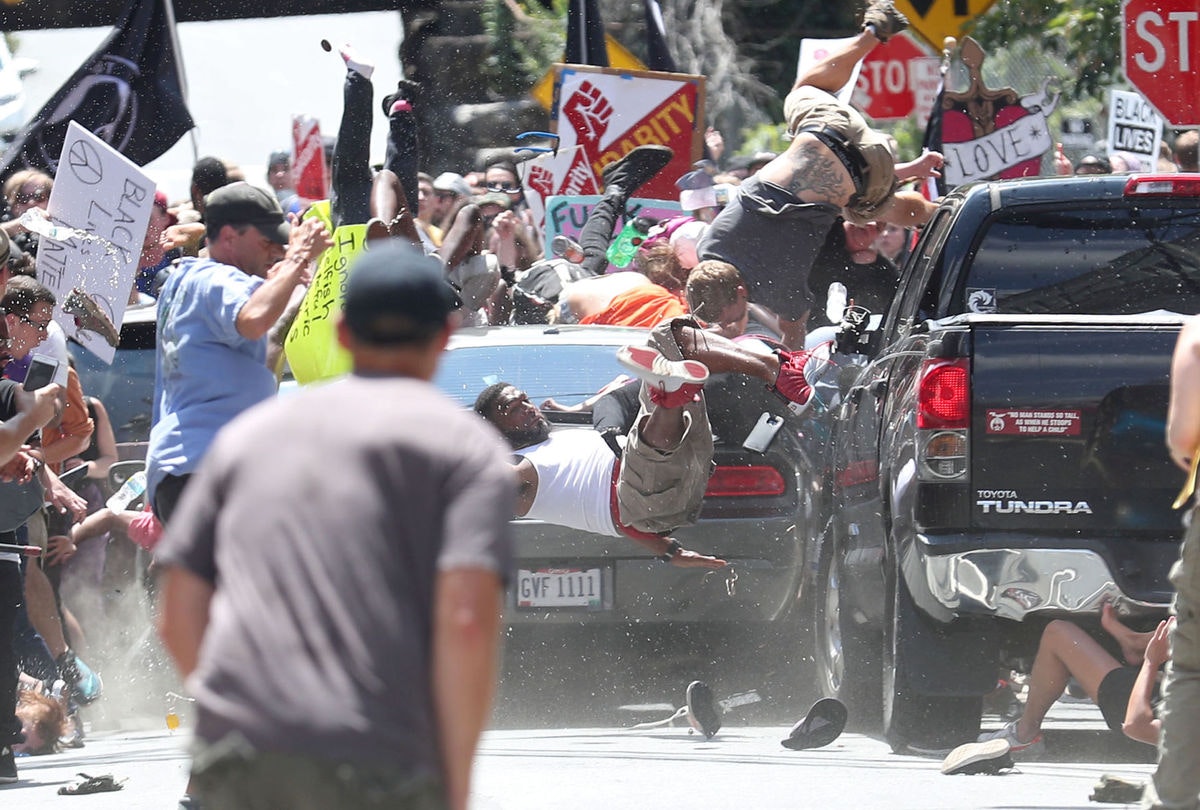 (Feb. 12, 2018)—A front-page story in the New York Times reports on IFA's case against the white supremacists who planned the violence in Charlottesville.

In the hours after last summer’s white power rally in Charlottesville, Va., erupted into violence, the planners of the protest mounted a defense: While much of the country may have found their racist chants and Nazi iconography deplorable, they claimed that they had a First Amendment right to self-expression, and that none of the bloodshed was actually their fault.

Six months later, that narrative of blamelessness, which started on the airwaves and the internet, is now being tested in the courthouse. In a direct assault on the so-called alt-right movement, a sprawling lawsuit contends that the leaders of the Charlottesville gathering engaged in a conspiracy to foster racial hatred, and are legally responsible for the 30 injuries and the death of a woman, Heather Heyer, that occurred.

“There is one thing about this case that should be made crystal-clear at the outset,” the suit maintains. “The violence in Charlottesville was no accident.”

The case, known as Sines v. Kessler, was filed in October in Federal District Court in Charlottesville, and reached a crucial stage two weeks ago when the 15 individual defendants and the groups they represent finished filing motions to dismiss the case. In hundreds of pages of impassioned argument, the court submissions indicate that a bitter legal battle will soon be underway.

The article reviews the conspiracy to cause violence in Charlottesville:

Among the lawsuit’s oddities is that well before the case was filed, a body of evidence was already public that at least seemed to suggest a conspiracy. In advance of the rally, several of its leaders blithely posted instructions for the protest on their social media accounts, including Facebook, Twitter and a chatting application called Discord. On Aug. 10, the day before the march, someone leaked a trove of messages from Discord to the alternative media website Unicorn Riot, which ultimately published them online without naming the source.

[Robbie] Kaplan called those leaked communications “a lawyer’s gift,” and she used them in drafting her complaint. They seemed to show a Discord channel for the rally filled with calls for violence.

“I’m ready to crack skulls,” one person wrote. Others said they planned to go to Charlottesville with wrenches, pipes and wooden sticks. One man claimed he was going with a cache of rifles that “will shoot clean through a crowd at least four deep.”

Board Member Dmitri Mehlhorn explained why IFA is funding the case:

In a different political climate, Mr. Mehlhorn said, the Justice Department’s civil rights division might have investigated and sued the planners of the Charlottesville protest.

But, he added, “These days, we do not expect the Justice Department or government lawyers to pursue any of these actions.”