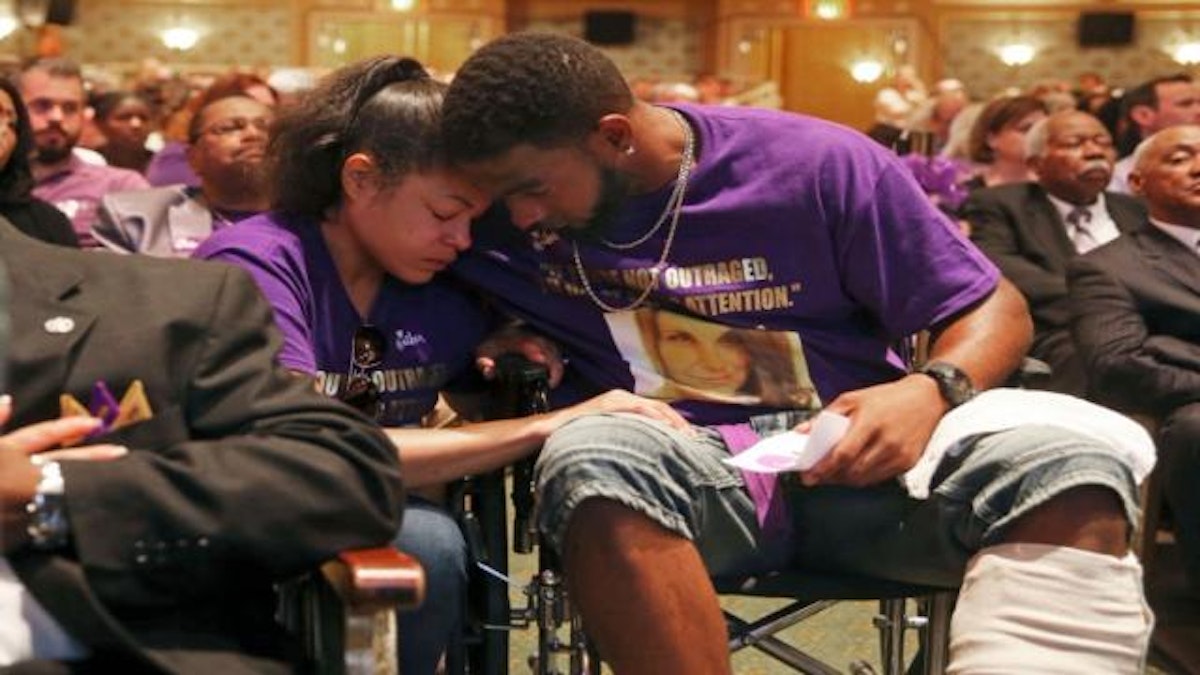 (Feb. 9, 2018)—IFA's Board Chair Monica Graham and Communications Director Brett Edkins published an editorial in The Hill today. The full article is below and on The Hill's website.

White supremacist Richard Spencer recently filed a motion to dismiss a federal lawsuit that seeks to hold him responsible for the violence he caused in Charlottesville,Virginia, last August. Spencer argues that he can’t find a lawyer to represent him because his case is too “controversial.” He further claims that last summer’s violent, hate-inspired rally should be accepted as the “cost of free assembly and maintaining a vibrant political culture.”

Our nonprofit — Integrity First for America — brought the lawsuit that Spencer now wants thrown out. Although it is unfortunate that he cannot find legal representation, Spencer is not the victim here. The fact remains that he helped plan, promote and execute the Unite the Right rally in Charlottesville that resulted in three deaths and countless injuries. No amount of deflection can absolve him of that.

Our suit, brought on behalf of 10 Virginia residents injured in the protests, alleges that racist hate groups and extremists such as Spencer, James Fields and Chris Cantwell conspired to “plan, promote and carry out the violent events in Charlottesville” in violation of the Ku Klux Klan Act of 1871, the Civil Rights Act of 1866 and other state and federal laws. The plaintiffs are a diverse group — black, Jewish and Hispanic — all of whom Richard Spencer would like expelled from this country one way or another.

It should come as no surprise that attorneys are reluctant to represent Spencer and his acolytes. Their views and conduct are antithetical to American values. Spencer has said he dreams of “an ethno state.” He calls Martin Luther King Jr. a “fraud and degenerate.” Matthew Heimbach, another defendant, says, “Of course we look up to men like Adolf Hitler.” Another calls gay people “sickening, demon-possessed monsters.”

Hiding behind First and Second Amendment protection in order to skirt legal consequences for committing violence is unjustifiable. This case is not about free speech. Racists are free to spout their hateful views, but violence is neither legal nor protected. Carrying a gun and yelling racist epithets does not transform planned violence into protected conduct — it only makes that violence more loathsome.

Right-wing radicals present a real, growing threat to our country. According to a recent report by the Anti-Defamation League, right-wing extremists were responsible for nearly 60 percent of extremist-related murders in the United States last year. In fact, 2017 was the fifth deadliest year on record for extremist violence since 1970.

These statistics reflect a decade-long trend of increasing threats from violent racists and anti-government extremists. From 2008 to 2017, according to the same report, right-wing extremists killed 274 people in the United States. Islamic extremists killed 99. As investigative reporter David Neiwert writes in his book, “Alt-America,” domestic terrorism “spiked dramatically” between 2008 and 2015, when the number of domestic terrorist incidents was “almost three times the rate of the preceding eight years.” Most of those incidents were committed by right-wing extremists. Understandably, police departments routinely rank anti-government, right-wing extremism as a bigger threat to their jurisdictions than Islamic terror.

Integrity First for America brought this case because the shocking reemergence of neo-Nazis and the KKK underscores an important reality: racist hate groups feel emboldened today. In last week’s State of the Union speech, for example, President Donald Trump spotlighted violence by MS-13 and immigrants while neglecting to mention that white supremacists, dressed in white shirts and khaki pants, are actively recruiting on college campuses. When Trump waited two days to unequivocally denounce the white supremacists in Charlottesville, placing “blame on both sides” and saying that “not all of those people were white supremacists,” he further empowered them.

Our justice system must be able to take away white supremacists’ power and show that their bigotry and violence cannot and should not be normalized or excused. We all should be concerned about the resurgenceof groups such as the Ku Klux Klan. Right-wing extremism and racist terror have a long history of destruction and violence in the United States. The fact that these extremists are finding new, receptive audiences poses a threat to us all and we must fight back.

Monica Graham is the board chair and Brett Edkins is the communications director for Integrity First for America, a nonprofit dedicated to protecting democratic norms and the rule of law.