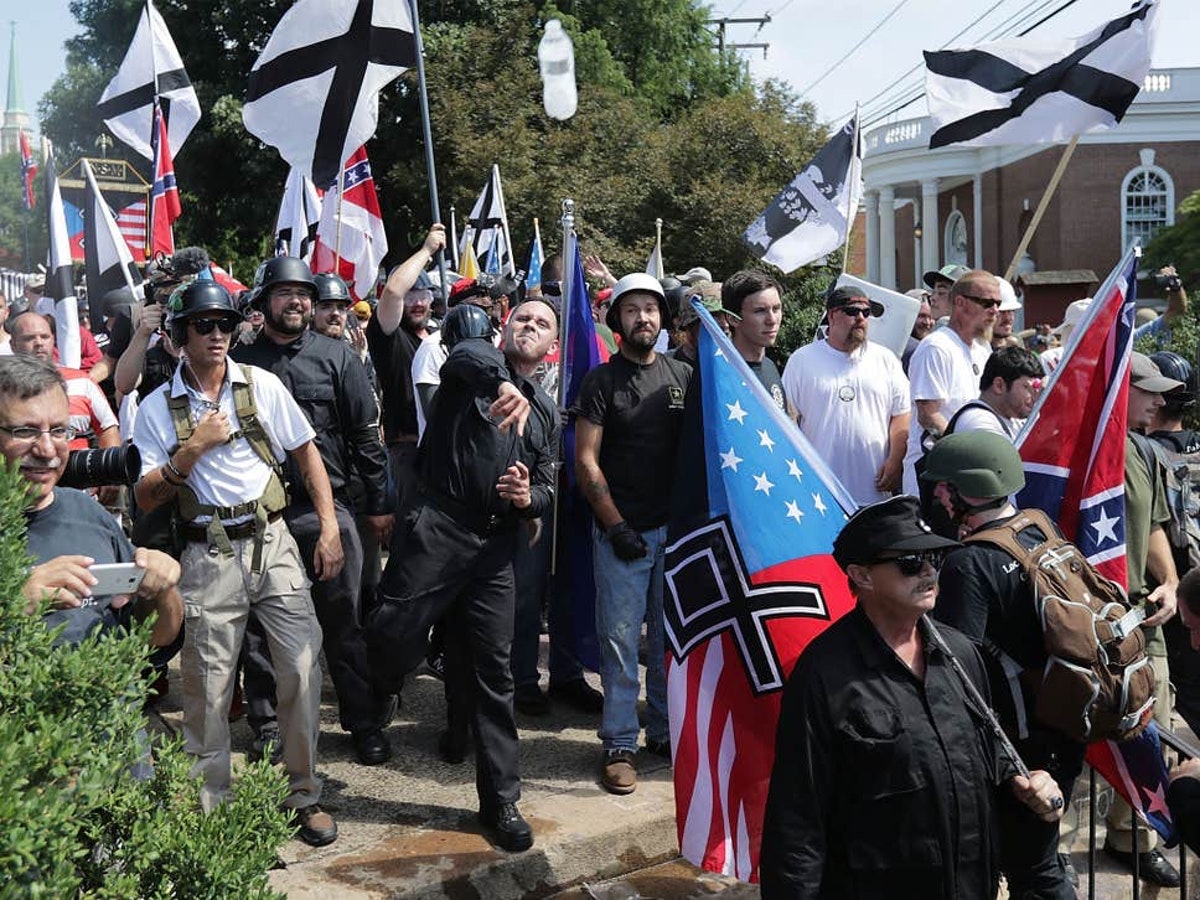 Integrity First for America – the civil rights nonprofit backing the landmark federal lawsuit against the neo-Nazis, white supremacists, and hate groups responsible for the Charlottesville violence – responded to last night’s debate with the following statement from Executive Director Amy Spitalnick:

"The Department of Homeland Security described the threat from white supremacists as the deadliest domestic terror threat facing our country.

"The FBI called white supremacy a 'pervasive' and 'persistent' danger.

"Yet last night, President Trump refused to condemn white supremacy, instead encouraging these violent extremists to 'stand by' and continuing to distract and deflect from this threat by pointing fingers elsewhere.

"White supremacist terror poses a dire threat to our communities, our national security, and our democracy – and these violent extremists are more emboldened than ever, taking the commander in chief’s words as their marching orders.

"There is a direct line that runs from 'fine people on both sides' to 'stand back and stand by.' Instead of heeding the lessons of Charlottesville, the crisis of white supremacist terror was allowed to fester and grow.

"The tools and tactics we saw in Charlottesville three years ago have become commonplace.

"That includes the use of disinformation to sow tensions and lay the groundwork for violence – from seeking to point fingers at 'antifa' to trying to undermine the legitimacy of the election.

"It also includes the exploitation of social media to promote and plan violence. We already saw this last night, as Proud Boys gleefully celebrated online ('Trump basically said to go f*ck them up!') and turned the president’s comments into their new slogan.

"It’s not a coincidence that the lead organizer of the 2017 Unite the Right violence was a white supremacist Proud Boy; he’s now a defendant in our lawsuit, along with the two dozen other neo-Nazis, white supremacists, and hate groups that orchestrated that violent weekend.

"We’re grappling with a crisis of white supremacist terror -- and last night made it even more dire.

"We won’t back down from holding accountable the leaders of the violent white supremacist movement in court. There is simply too much at stake."