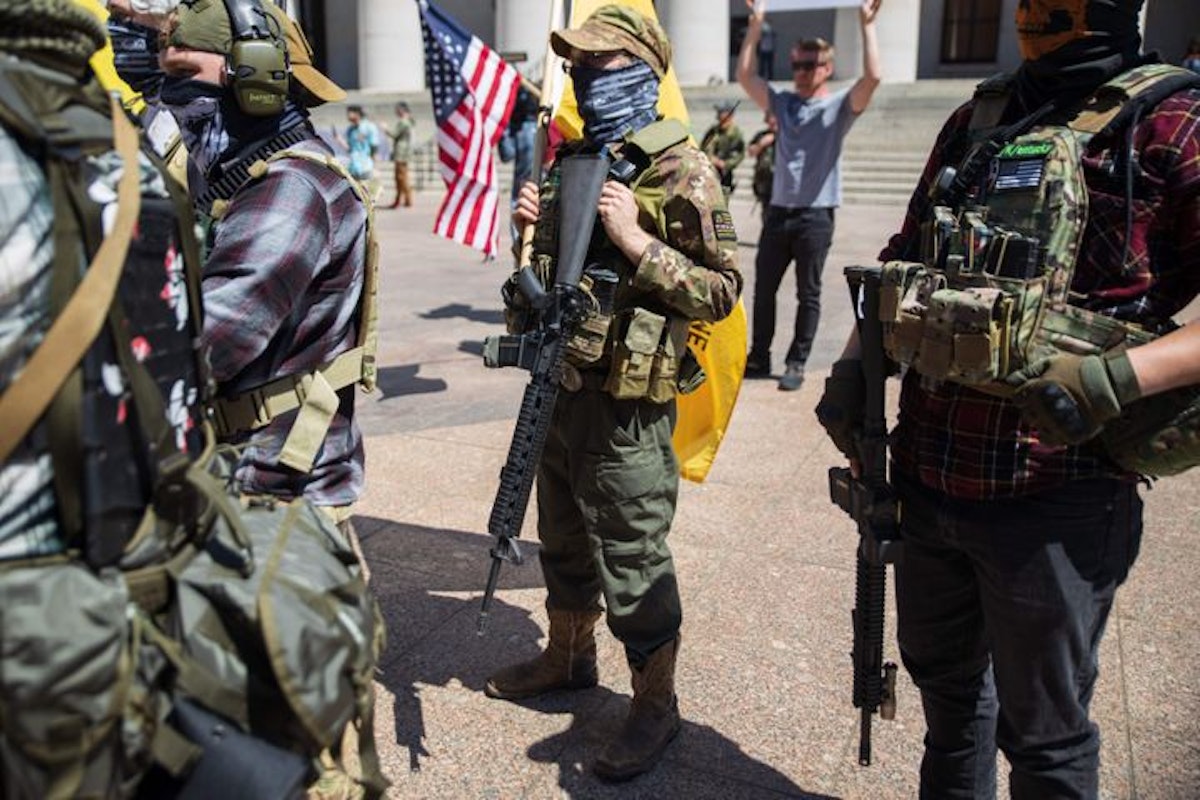 MEGAN JELINGER VIA GETTY IMAGES
New Arrests Follow Extensive Reports of Other Extremists Trying to Sow Hate, Fear, and Violence – Including a White Supremacist Defendant in IFA’s Charlottesville Suit that Posed as “Antifa” to Urge Violence

Integrity First for America Executive Director Amy Spitalnick released the following statement, upon news that three alleged members of the “boogaloo” movement – who urge a second civil war and other violent upheaval – were charged with trying to incite violence at protests in Las Vegas:

“Over the last few days — as the White House continued to point fingers elsewhere — there has been extensive evidence that far-right extremists are trying to exploit the protests to sow fear, hate, and violence.

These arrests only underscore that terrifying fact: these armed boogaloo extremists are showing up to protests in hopes of sparking the civil war and violent upheaval they so crave.

This is part of a broader pattern of extremists, including white supremacists, trying to exploit this moment. Identity Evropa, a white supremacist defendant in our Charlottesville suit, posed as “antifa” in a viral tweet that urged violence and looting in white neighborhoods. These sorts of disinformation campaigns are a hallmark of white supremacist tactics, used to try to tear communities apart by capitalizing on racial fears and tensions.

We believe it’s critical to note that those trying to take advantage of this moment do not, for one second, take away from the protests’ legitimacy. Rather, they only underscore the importance of these protests and of the broader fight against extremism and hate in America.

The way these extremists operate is not new. We saw it firsthand in Charlottesville, where armed extremists planned a weekend of violence and then traveled to Charlottesville, where they targeted peaceful counter-protesters. It’s detailed in our lawsuit against the neo-Nazis and whites supremacists responsible — and we look forward to laying it out at trial this fall.”

A summary of how extremists are trying to exploit the protests can be found here.